Before Bear ever started school, I knew we would have a problem. His older sisters tried so hard to get their schoolwork done despite his interruptions. His sisters were younger then, so I we were doing school in a “schoolhouse” style, with both of them learning the same things at the same time.

But by the time he was old enough to start school, things had changed. With a high schooler, middle schooler and kindergartener, we had to say “goodbye” to the “schoolhouse” style of learning.

All of the kiddos were on such different levels that our core subjects couldn’t be taught together.

That’s where the struggles began. Day in and day out, I tried to juggle all of their learning. I was allowing my teenager to sleep in while I did work with my kindergartener. Then was my middle schooler’s turn. But by the time my teenager was awake, my 6 year old was tearing the house to pieces and bouncing from couch to couch.

I knew I needed a solution. And FAST. 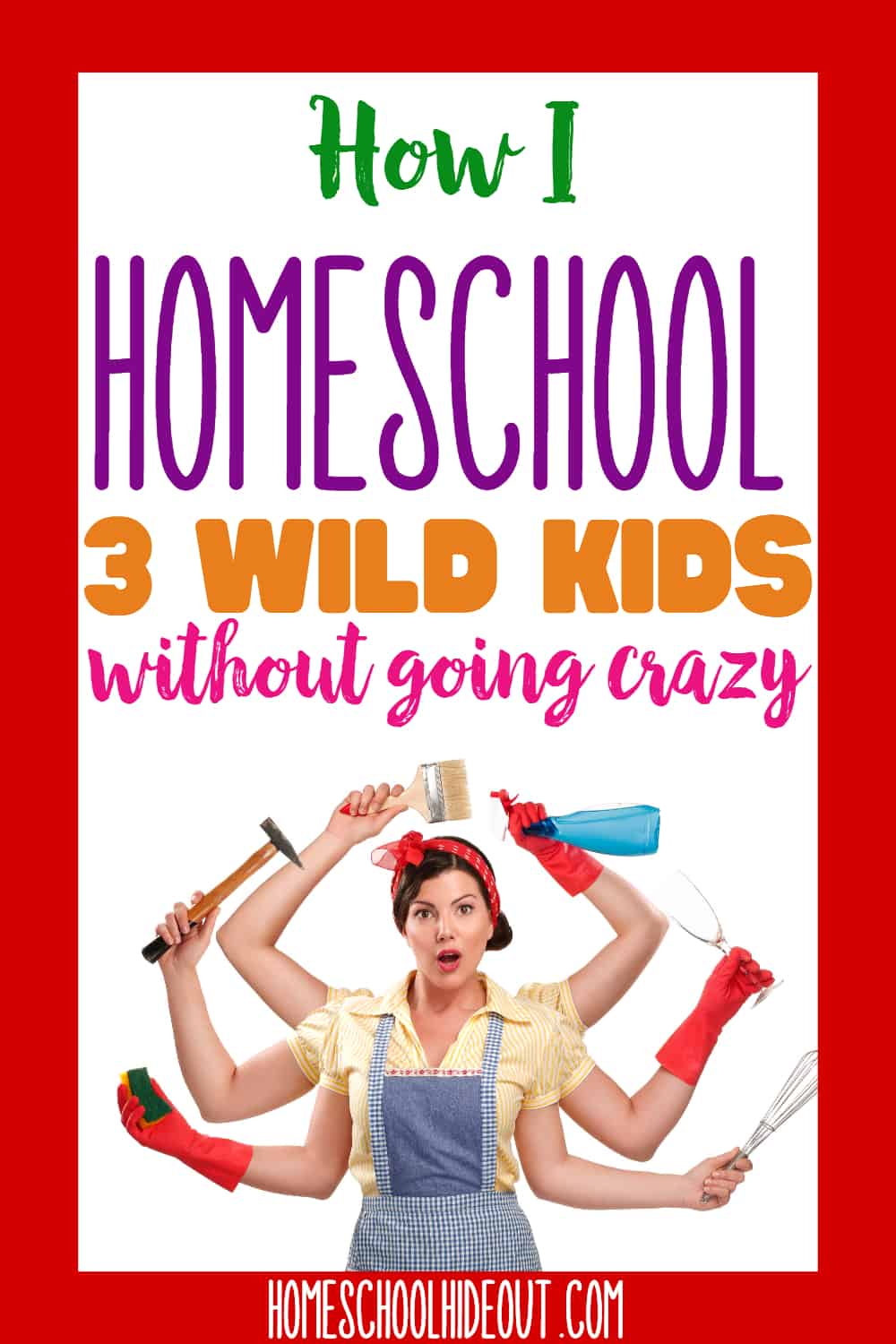 How We Homeschool Multiple Grades

That’s when I found Time4Learning. At first, I was hesitant because I didn’t like the thought of turning over my kids’ educations to another program. I love homeschooling my kids and watching them grow. Snuggling up on the couch and teaching the kiddos multiplication tables is heaven to me. But I wouldn’t be able to do that, if I turned our school into a digital one.

But, you know what’s worse than allowing my kids to do their schoolwork online? Sending them back to public school. I know, I know, it’s not that bad and we’ve done it before but it’s not something I want to do again. It didn’t take a rocket scientist to see that our homeschool was headed south if things didn’t change, so I jumped into Time4Learning, feet first!

You know the feeling of dropping your kids off for a week of summer camp? You really, really want them to have so much fun and make memories they’ll cherish for a lifetime. But, somewhere in the back of your mind, you secretly hope they’ll miss you, too.

I wanted the program to work for me, but I secretly hoped at least one of the kiddos would hate it and would beg me to go back to our old ways. After all, I could manage homeschooling just one, while Time4Learning took care of the other 2. (I feel like a pretty bad mom for saying that but you know, it’s true and this is my “safe place.” I know y’all aren’t judging me too harshly.)

But guess what: That didn’t happen. All 3 of my kids fell in love with the program and now I’m over here, getting all kinds of stuff accomplished while they do their schoolwork.

I’ve been doing chores that I hadn’t done in months, just because I feel like I have so much time now.

I’ve vacuumed my car, got caught up on laundry, kept the house tidy, gave the dog a bath, cleaned out my flower beds and cleaned my closet! This week, my goal is to actually list some stuff for sale on Facebook Marketplace. It’s crazy! I feel like I’m being super-productive and I’m not the only one noticing. My husband came home last week and commented on the cookies I’d made, saying “Since when do you bake cookies?”

For less than I was spending on Sonic Happy Hour each month, I can buy my kids a subscription to Time4Learning and keep our lives from turning to complete chaos. 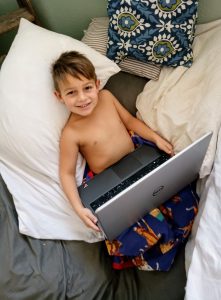 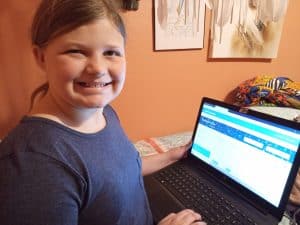 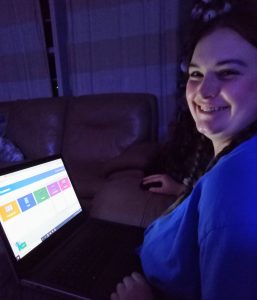 I asked each of my kids what they liked most about Time4Learning:

“The “Fun to Follow” video clips on the history lessons.”

“It’s faster than my book work but it’s still challenging. And I like the science. Math is easier to understand than my old math on CDs.”

“The games! I want to play them allllll daaaaaaay!” (Somehow not surprised!)

“It’s quick and efficient. The automated grading is nothing short of a blessing for busy families. Lesson planning is a breeze, but not even necessary! It’s easy to get caught up when you miss a few days because you can easily adjust your plans. I love that I can look at everything ALL of my kids have done, in just a glance. It’s so easy! The whole program is worth much more than the pricetag. I would recommend it to any new homeschooler, and even veteran homeschoolers, who feel overwhelmed. It’s perfect for those in a “busy” season of life It makes the juggling act of homeschooling multiple grades so much easier!”

If you’re struggling to keep up with everything but you know you want your kiddos home with you instead of in public school, you have to check out Time4Learning. It’s literally been a game-changer for our whole family. I’m just so thankful for the comprehensive and ease in which it’s provided. 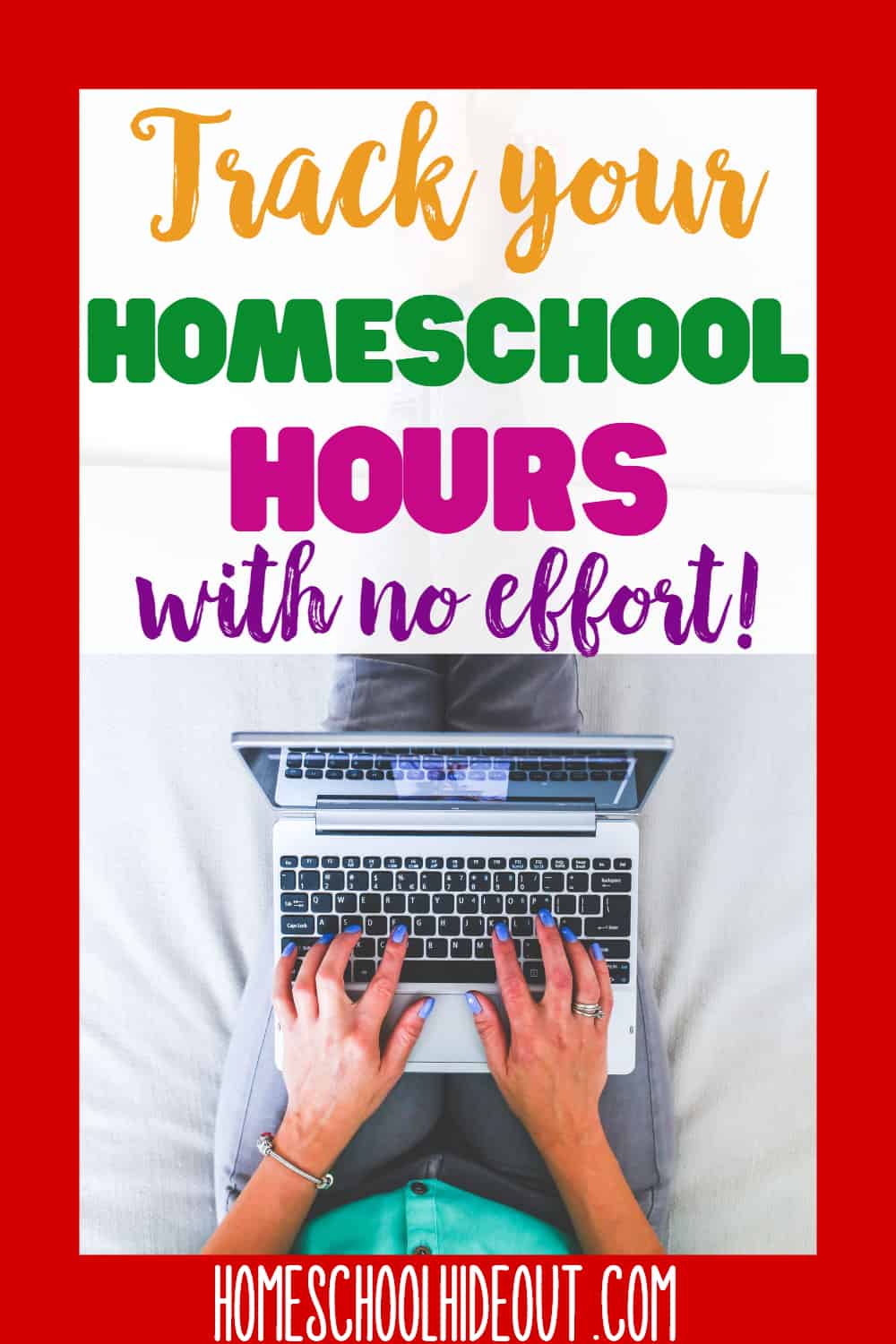 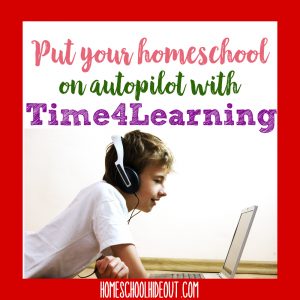