I come from a very competitive family.  My siblings are the kind of family you’ll find yelling at the TV during a football game, turning every little challenge into a major competition, and ending our family game nights with an “in yo’ face” attitude.

Game nights with my kiddos look completely different, however. Our game nights usually last late into the night and end in laughter and silliness. 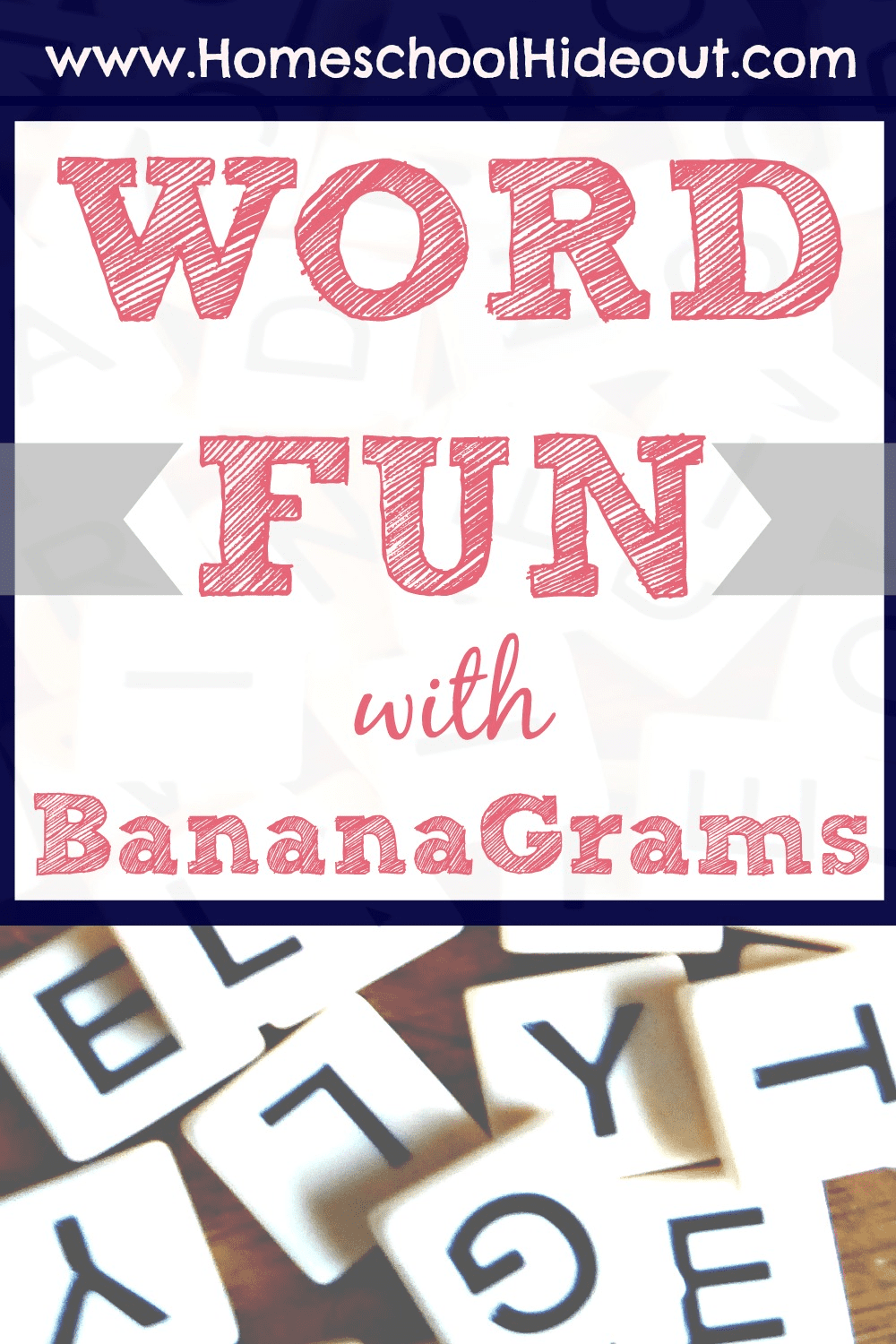 Most recently we’ve been having a game night every. single. night. after dinner.

Thanks to the incredibly kind people over at Bananagrams.com who sent us a “bunch” of FUN!!! All 3 of their fun word games!

My kids ripped open the box as soon as it arrived and instantly started bickering over which word game to play first.

We ultimately made the tough decision by using the “rock, paper, scissors” method. We started with Miss Manners’ choice of APPLETTERS.

This game was just perfect for her and any other budding reader.  Using the tiles in your stash, create a word that connects with either the “head” or “tail” end of the word worm. Unlike other word games, you can’t work off of just any word, so you ultimately only have 2 letters to work off of at a time.

Of course, coming up with words, using only select letters, is a challenge for any young child. I was really impressed with some of the words that Miss Manners came up with.  She really had to think hard a few times and ended up figuring out  a word that fit perfectly.  I did have to help her a time or two but for the most part, she played on her own.  She went from words like “but” and “can” to “time” and “each.” I was really impressed, considering her horrible attitude towards reading in general.  Forming words is an awesome way to build her vocabulary and spelling skills.

The following night, we chose the Bananagrams game.

This fast paced game left us in a frenzy. Racing against an avid reader like Miss Bookworm was no easy feat. She was quick and has quite the vocabulary. The game is simple to play, making it easy for everyone in our family, even Miss Manners to join in.  Armed with a “bunch” of letters, the mission is to use all of your letter tiles before the other players. Use your hardest tiles (Q, X, Z, etc.) first so you don’t end up trying to squeeze them in towards the end. Don’t ask me how I know this little tip. 😉 I love that you don’t have to tally up scores at the end of the game. The winner is simply the player who uses all of their tiles first. By eliminating the “score count,” which typically takes just as long as the actual game, the game can be played in just a few minutes.
Of the 3 games we received, the Bananagrams game  was my personal favorite.

The Bananagrams game is for ages 7+ and can be purchased on Amazon for only $14.99.

The last game we played was Pairs in Pears.

The Pairs in Pears Game

There are so many different games to play using these fun patterned tiles.  The version we chose had us racing against each other to make 3 joint pairs of words using the tiles in our pile, using only the same pattern. It was so much fun! We played several rounds and each round, I saw a big improvement on my girls’ words.

This fast paced game was the fastest of the 3 games, although other versions may take longer. We could play a round of Pairs in Pears in just a few short minutes.

This game is perfect for our house.  It builds  spelling and reading skills for my girls but has other games geared towards toddlers and preschoolers, who are just beginning to learn their letters. We will definitely be using these tiles to teach Bear his letters!

Pairs in Pears is for ages 3+ and can be purchased here for only 9.99.

I wish I could give you some sort of negative outlook on these games, but I genuinely can’t. They are perfect. 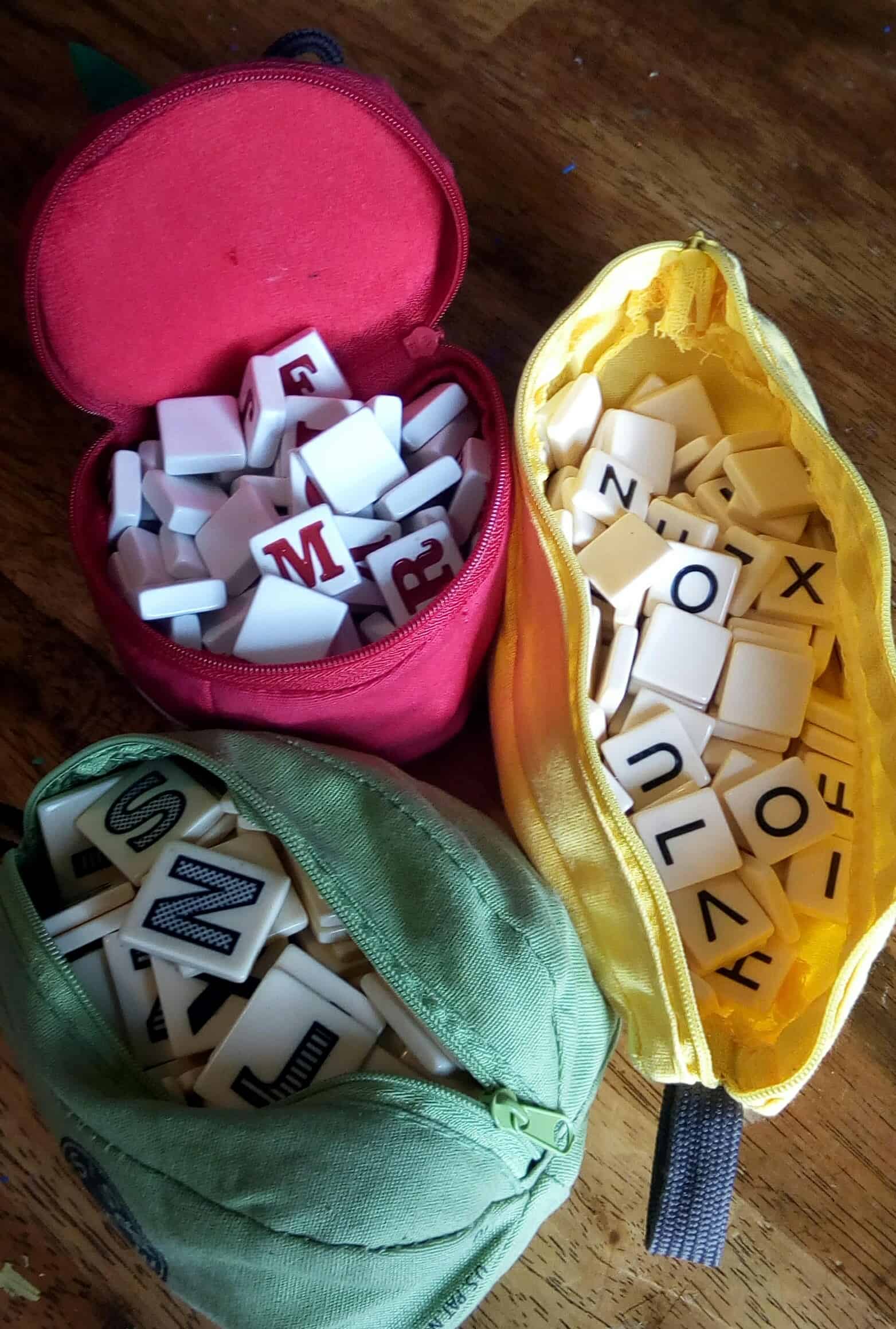 Here are some of my favorite things about these game:

If you’re looking for a fun, fast game that challenges you just enough to keep it interesting, then these games are for you!  They’re the perfect addition to any homeschool.   The only problem is trying to decide which one is your favorite!