During the 2016 presidential election, we watched history be made as a woman’s name was placed on the PRESIDENTIAL BALLOT. Never before had there not been only men’s names available to “check.” During the election process, I was in awe. I simply couldn’t believe that we were living in a time that a woman would be considered capable of running one of the top countries in the world. Less than a century ago, women were not even allowed to VOTE and now there was a woman’s name in black and white on my ballot.

But something caught my eye during those months leading up to the election. My own daughters, ages 12 and 8 at the time, didn’t seem that impressed with the fact that we could vote for a woman. No, they didn’t see the big picture: the picture that only 96 years before, women had died for my right to hold a pencil inside a voting booth. They had marched, they had fought and they had won my right to vote. To think that now, all these years later, I could vote for a woman, not as a write-in but by filling in the circle next to her  name, brought tears to my eyes.

I received a copy of these books for free and was compensated for my time. All opinions are my own. 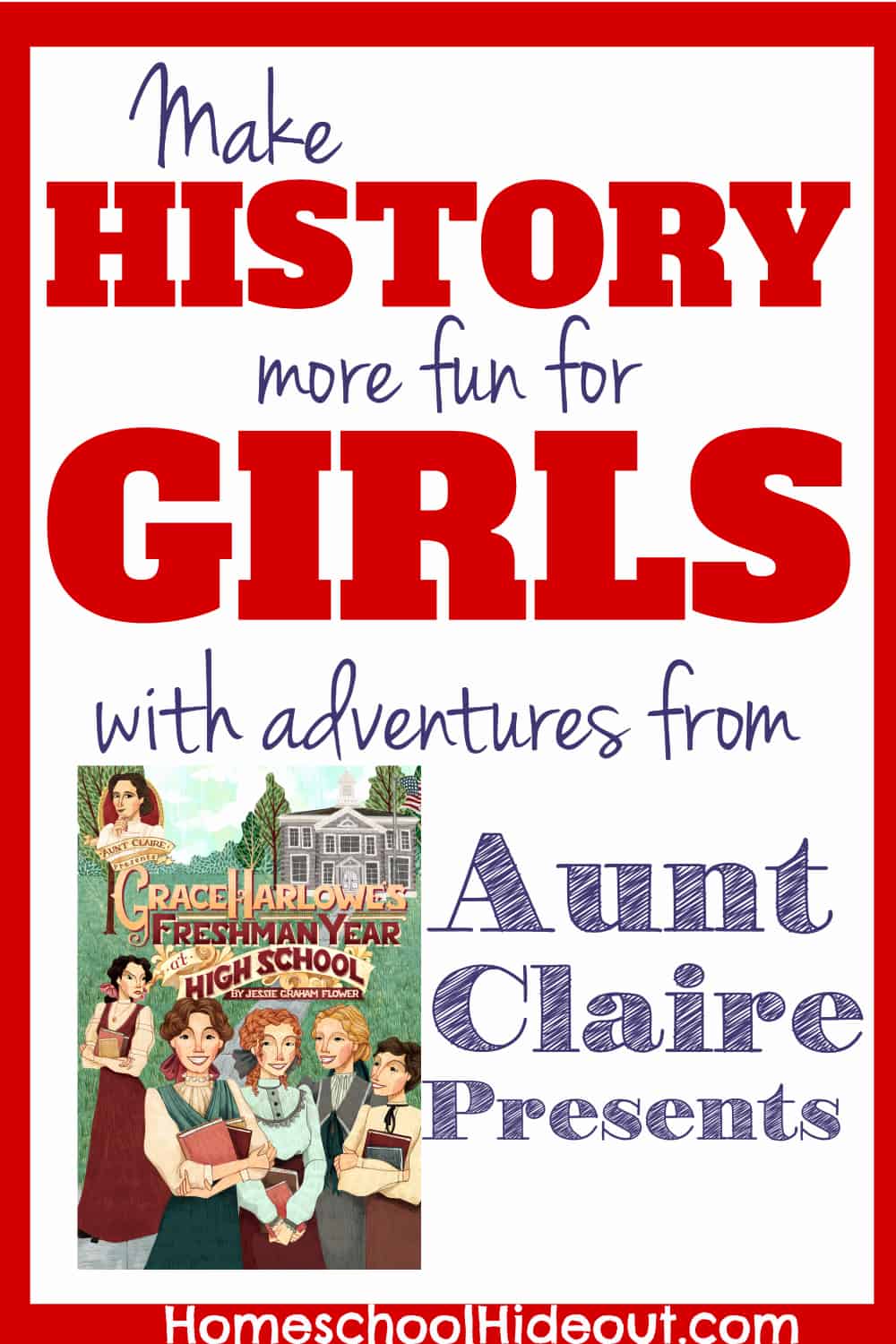 Stepping out of the voter’s booth, I had a clear image in my mind. My girls were going to know and understand the sacrifices that were laid down so that they can make their voice heard, through their votes.  I would find a way to show them how different life was for women a hundred years ago. I want them to see the changes that have been made and not take them for granted.

But learning about women’s suffrage didn’t get my point across like I had wanted. It was a hard time for our country and not exactly what I wanted to portray. I wanted to show my girls exactly how privileged they are, in their everyday lives. 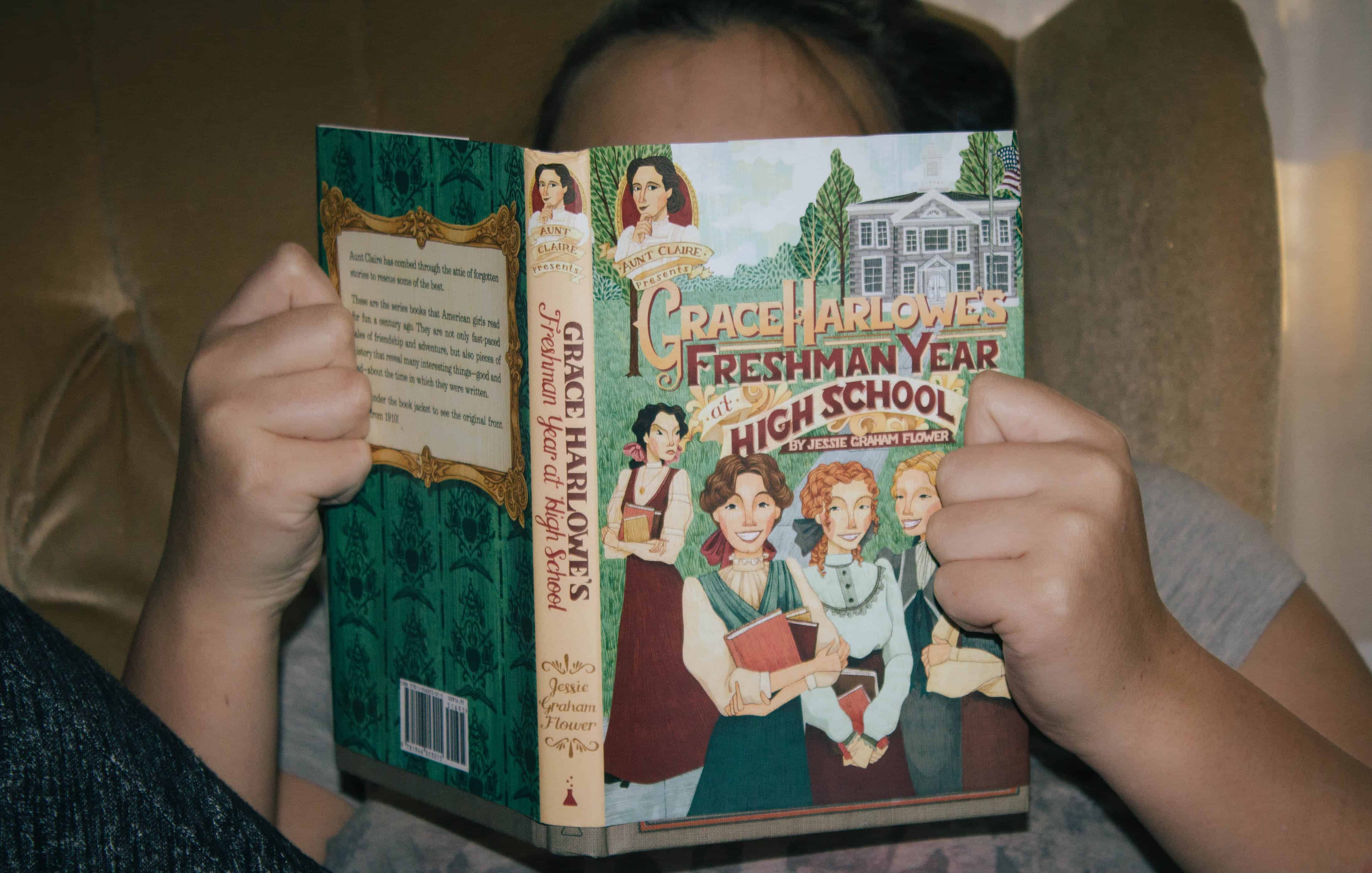 That’s why I was ecstatic to find Aunt Claire Presents, Published by Laboratory Books. The books, originally written around 1910, give a glimpse into the life and times of girls in the early parts of the century. Exciting new technologies, like moving pictures and automobiles were thrilling and quickly changing the way of life. While girls were still not allowed to vote, these books took place during an important time in the real American adventures, the beginning of the World Wars.

In the first 10+ pages of the books, “Aunt Claire” takes readers back in time by explaining the time period, ideals, fashion and ways of life of the early 20th century. My girls loved the American history adventures they discovered through images from advertisements, magazines and novels, straight from 1910! The redesigned dust cover updates the books but the original cover is printed on the hardback. By seeing the images and reading the books, they soon realized just exactly how much life has changed in the last century. 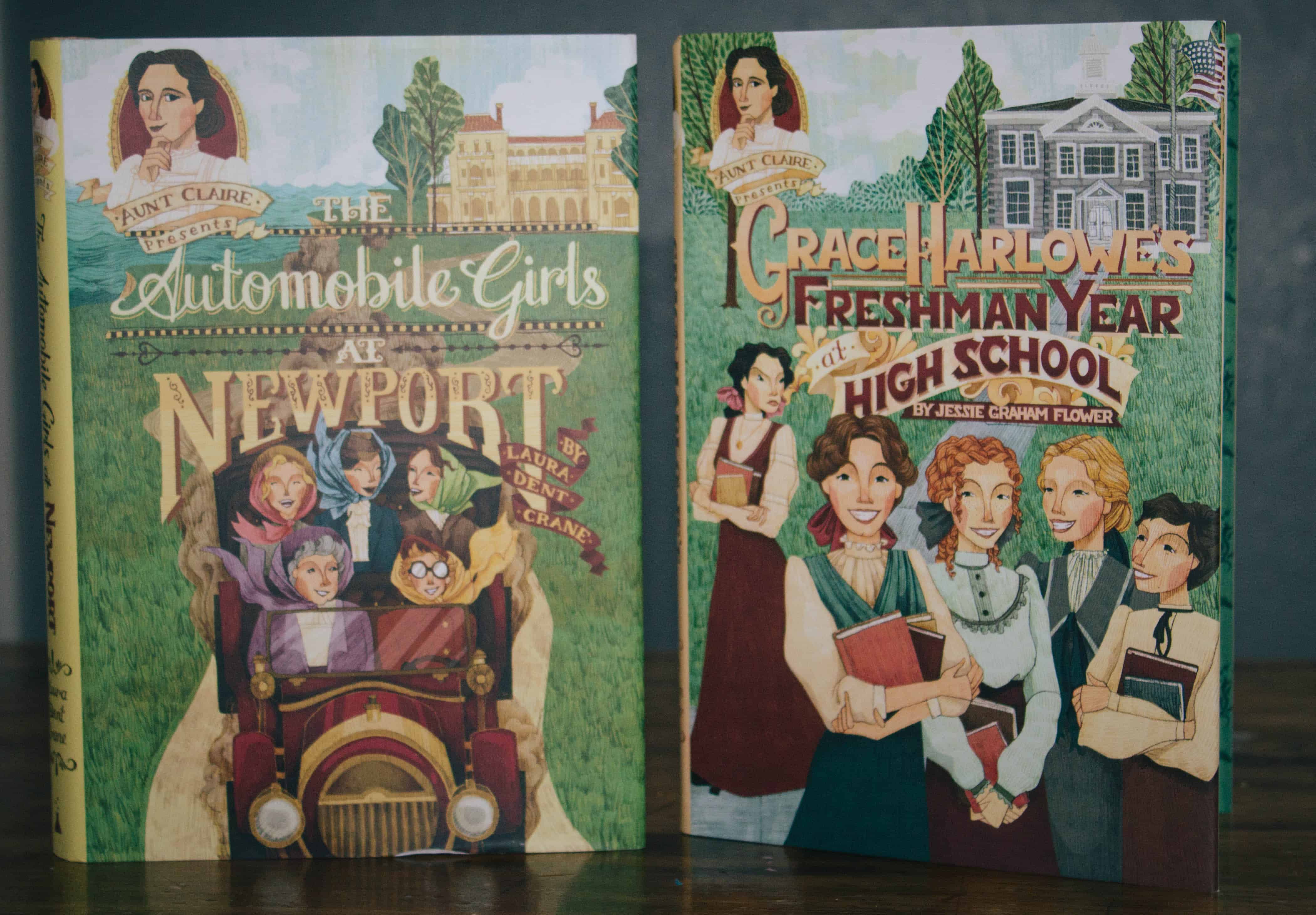 Right out of the gate, the novels captured my girls’ attention. In the first chapter, the adventures begin and they don’t stop until the very end of the book. From runaway carriages to jewel thievery, each chapter contains an adventure all it’s own. While the sentences are quite a bit longer than modern novel’s, the kids quickly caught on to the lingo and the manner of which the characters spoke.

What I loved most about the Aunt Claire Presents books is that, during a time when the world catered to men and boys, we can get a glimpse into what life was like for women and girls. Grace and her friends do not need boys for their adventures. They have plenty of fun on their own, without being viewed as a “sidekick” in the boys’ tales.

After reading the first 2 books of the reprinted series, we are anxiously awaiting the release of the next books in the spring of 2018!

This fast-paced adventure fills chapters with history and stories of life years ago. When the girls decide to explore the world in a bright and shiny automobile, adventure awaits as there are mysteries to be solved.

This book is perfect if you want to understand what life was like in high school all those years ago. Was it different for boys and girls? Were there parties? Pranks? Mean older class-men? Of course there were! And this book makes an exciting tale while bringing history to life for the readers.

Tag along as Grace and her friends enjoy their sophomore year of high school. But, as always, adventure and mystery soon fill their days, as they take on their biggest basketball rivals. Friendships will be tested and loyalties will be tried. Can Grace and her crew withstand the obstacles? (Catch this book in May of 2018!)

Aunt Claire Presents: The Girls Aviators and the Phantom Airship:

Join two orphans as they spend their last dollars to fulfill their dead father’s last wish: to build a better and more reliable aeroplane. The pair have a shot at winning a $5,000 grand prize with their plane, if only they can keep the scheming banker at bay. (Look for this book in May of 2018!)

If you’re looking for a strong female role-model, with a strong dose of history, Aunt Claire Presents, published by Laboratory Books is just what you need!